This recipe came from the Nutmeg Nanny and seemed like a very easy, quick and perfect way to make our chicken for tonight’s meal.

I kept it mostly the same, I just had 6 chicken thighs instead of 4, and used olive oil instead of coconut oil. Minor changes that really don’t play a large effect in the grand scheme of things. The set up for this recipe is super easy, put the oil in the pan, and salt/pepper the chicken, and then put it skin down in the hot oil. At this point BE VERY CAREFUL! It is likely that the oil will pop and sputter and possibly burn you if you don’t watch out. The best method would likely be to use tongs to place the chicken in the pan from a safe distance. However, if you’re like me, (not recommended) you kind of toss the chicken into the pan quickly and take a step away as fast as you can! This sploshes the oil onto the stove and still gives you the opportunity to get burned, but oh well it seemed to work for me tonight, maybe next time I wont be so lucky. Anyway the point is this recipe was super easy. I didn’t take the time to trim off the excess skin because I love skin and didn’t want to waste that loveliness. The skin is like the best part! And the cool thing about chicken thighs vs breasts or other white meat. That’s why it’s especially nice for beginners, you can cook it longer in order to feel safe from diseases if that’s what you are nervous about, without letting the meat dry out and be bad.

It turned out really well. Mine wasn’t quite as brown as the original posters, however that doesn’t mean it wasn’t tasty! The crispy skin was delectable.

If I were to make this again I don’t really think there would be anything I would change methodology wise, however I do believe that there is more potential flavor wise. You could always add spices like paprika or cayenne pepper, or you could always marinate the chicken in a sauce first and then follow the same procedure. That would be really good.

I paired this with some fettuccine noodles topped with some homemade Alfredo sauce as well as some roasted asparagus.

I tried to channel my inner gourmet plating inspiration. I think it looks pretty good. The sauce didn’t turn out as well as I hoped it would so I don’t have a recipe for that but it was basically a parmesan cream type sauce. Overall I would definitely make this chicken again, except probably in different contexts, like with rice or quinoa instead of noodles. There are plenty of possibilities. Let me know what you think!

Happy Eating & Thanks for Reading! 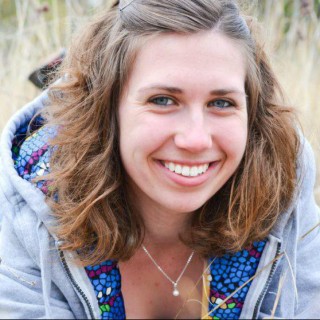 A couple years ago I started really getting into cooking, but wanted more recipes... I started using Pinterest and have been addicted ever since...